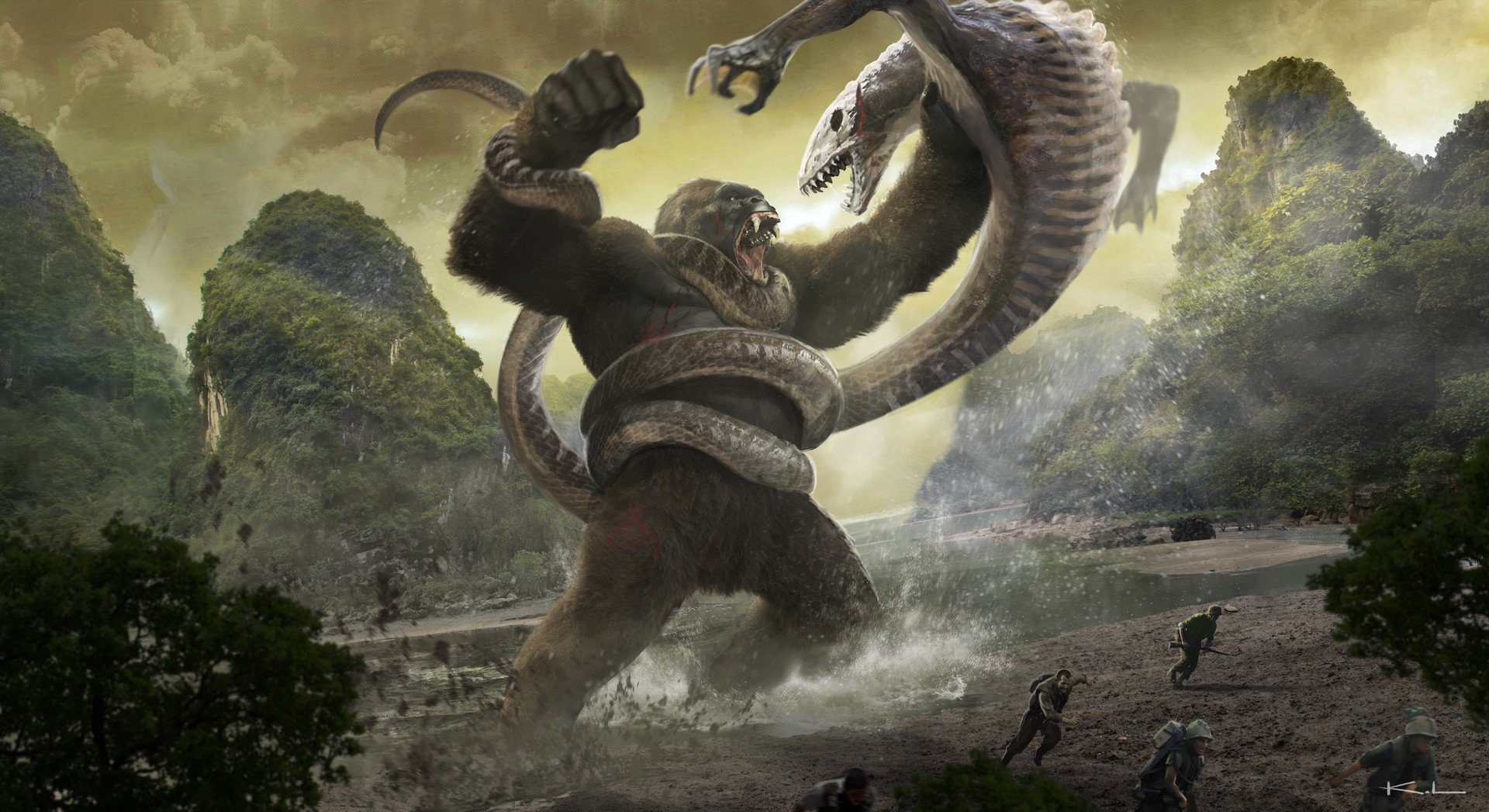 Okay so I know many have watched the recent monster movie, Kong: Skull Island, but I would like to know what you think of this movie compared to the previous ones, King Kong and Mighty Joe Young. Although, I enjoyed the movie on the average but I still think Mighty Joe Young is the best monster gorilla movie so far. The story arch of Might Joe and the girl in the picture was far tighter than Kong: Skull Island. After watching Kong: Skull Island, I feel it’s more of adventure movie like Welcome to the jungle, and not really about the relationship between monsters and humans.

The story arc of how peace emerged between the gorilla monster and humans was not 100% epic compared to Mighty Joe Young. I think Kong: skull Island movie run-time should be longer in order to have a robust story arc between Kong and the soldiers in the forest. Also, towards the end of the movie when Samuel L. Jackson, the army commander , stood in front of the monster intentionally to kill it with a bomb that can be operated from distant is very unreal, no one will ever do that, that’s stupidity of the highest order. I understand he deserves to die because of some decisions he has made in the forest, but his death should have been in another form and not the way it was structured in the movie. However, overall, it is a great movie with weird amazing monsters. The lizard-looking monster will make a potential major monster in future films. The spider isn’t really, as we’ve seen something similar in the Lord of the Rings. What do you think of this movie?