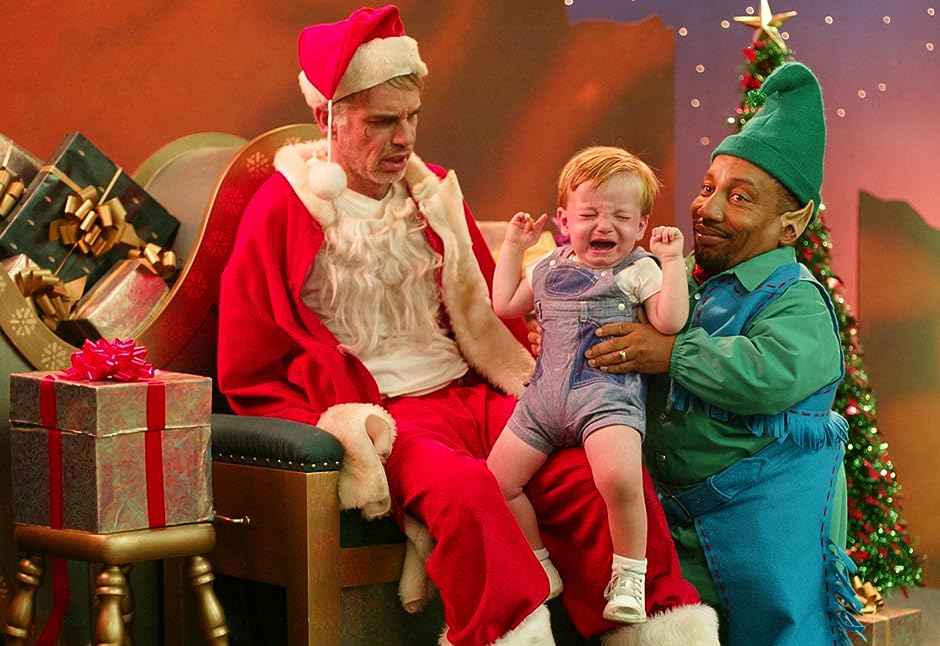 Bad Santa is a 2003 dark comedy move, Starring Willie T. Stokes (Billy Bob Thornton) and his partner (Tony Cox) as they reunite once a year for a holiday con. Posing as a mall Santa and his elf, they rip off shopping outlets on Christmas Eve. This year, however, Willie is falling apart. His depressed, alcoholic, and erratic behavior draws the suspicion of mall security (Bernie Mac) to trail him, although he has done so many bad but not unlawful stuffs. However, Willie’s friendship with a little boy brings out his kinder side and begins to wonder if there is still some hope for him.

Bad Santa is an old but yet a great movie to watch or re-watch this Christmas season, the movie storyline is on point, the characters are epic and the soundtrack is great. The movie encompasses comedy, weird romance, betrayal and action. The concluding scene of the movie was also not bad at all, as Willie survived 8 bullets. In addition, the movie portrays the irony of life, as the small guy who we think is the good, cool guy turned out to be a badass betrayal and Willie, who is known to be a drunkard and sex-addict became the good guy. Such is life, some time the beginning is not a factor of the end, and our past is not always a factor of what our future will be, but karma will always have it’s way no matter what.

Overall, Bad Santa is not a bad movie at all.