‘Get Out’ Review: Why Murdering Blacks? I Would Say It’s The Best Psychology Movie In 2017, What do you think?

First of all, I would say this movie makes a whole lot of sense, but you’d have to be patient and calm while watching to get the sense out of the movie. what happened in Get Out movie is worst than racism and slavery, it is actually killing of blacks. Get Out centers on Chris (Daniel Kaluuya) – black American and his girlfriend, Rose (Allison Williams)-white American, who have reached the meet-the-parents milestone of dating, she invites him for a weekend getaway upstate with Missy and Dean. At first, Chris reads the family’s overly accommodating behavior as nervous attempts to deal with their daughter’s interracial relationship, but as the weekend progresses, a series of increasingly disturbing discoveries lead him to a truth that he never could have imagined and almost cost him his life as a black guy. 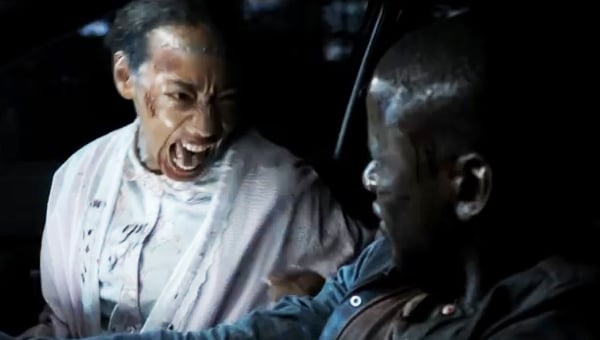 To break it down further, Rose parent were actually called “Cogual”, a clad that tends to live forever by making use of another human’s body to live –on when they reach old age. The unfortunate thing is the only human bodies they use are blacks and not white. Rose is the agent who brings these black people home as friends or boyfriends and then her mother hypnotizes them into a state of Trans, where they are not in control of themselves any longer. There were blacks in Rose’s house, which Chris thought they were just workers, but they were actually the grand parents of Rose in black bodies.

Honestly, at first, I was getting pissed with the movie and almost sleeping off, but the last 15 minutes of the movie was epic and scary. I love the way Chris killed them all, not with gun but in more cruel way of killing the wicked. In addition, the death of Rose was cruel but I wish it should have been a more painful death.

Concerning Chris’ friend who was a detective, he went to report the suspicious incident to the corps but they didn’t believe him and I think the movie should have at least included a scene that will unveil everything to the corps to show that Chris’s friend was right, instead of him just showing up at the incident scene to pick Chris. We didn’t even know how he got to trace Chris. The movie reminds me of how the whites in the past centuries used black men as slaves. Overall, Get Out is a great suspense movie you’ll enjoy.