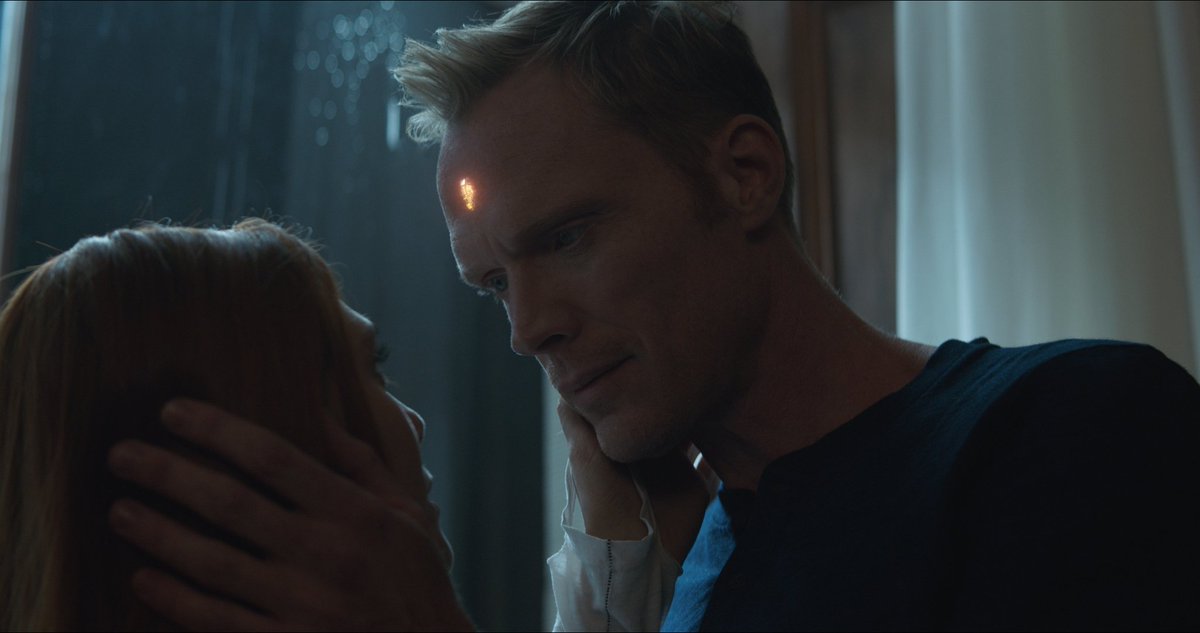 This first still features Paul Bettany as a human-looking Vision. Has the android actually changed form, or is this an Infinity Stone-generated illusion? It probably doesn’t really matter that much, because The Mad Titan will be ripping that stone from his head soon enough! 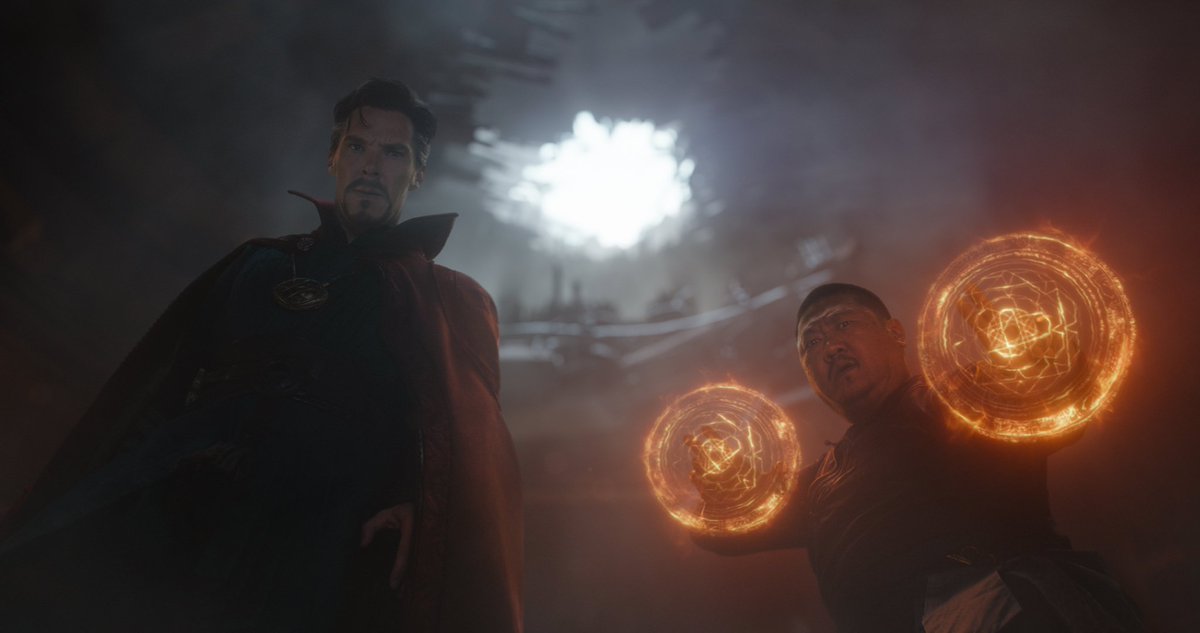 Here we get another look at Doctor Strange (Benedict Cumberbatch) and Wong (Benedict Wong) as they discover Bruce Banner (Mark Ruffalo) amid some wreckage. This is, presumably, the moment Banner returns to earth after his little Sakaar sabbatical, but that remains to be seen. 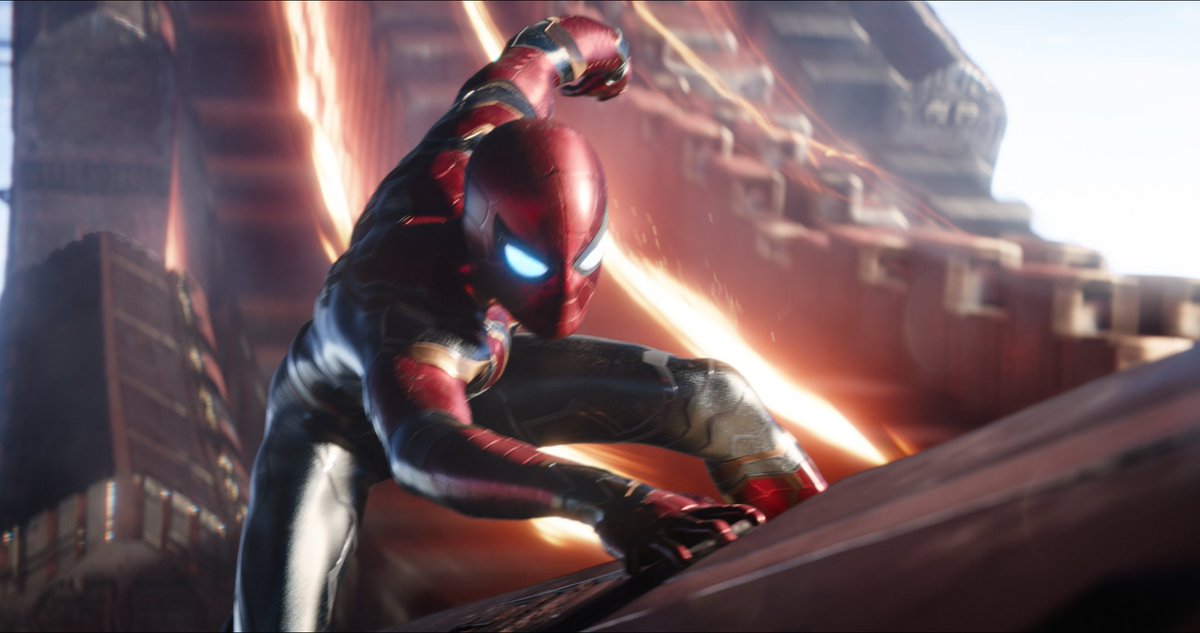 The trailer gives us a brief glimpse of Tom Hollan’s Webhead sporting a shiny new costume, and this next image allows for a more detailed inspection. Though it definitely resembles the suit Tony Stark presents Peter Parker with at the end of Spider-Man: Homecoming, it’s been confirmed that it’s actually a different one altogether. Will this updated outfit have even more bells and whistles? 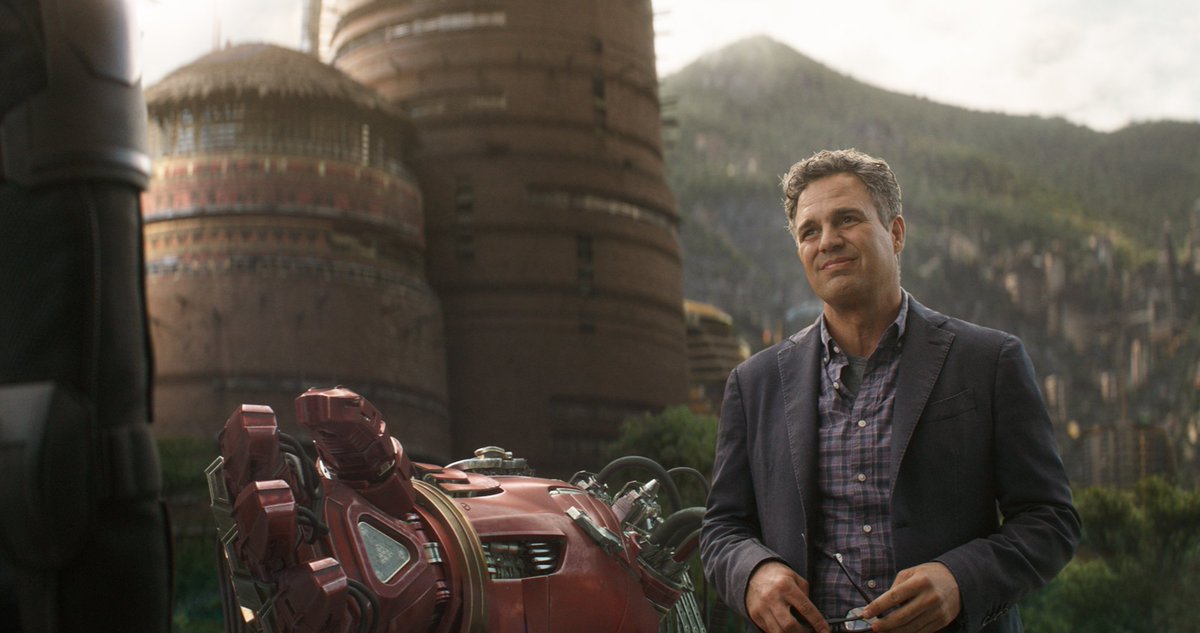 As we know from Avengers: Age of Ultron, Bruce Banner (and The Hulk, for that matter) and Black Widow (Scarlett Johansson) share a rather unique connection, and the pair will reunite at some point in Infinity War. Will they actually take the next step and hook up to the dismay of comic purists and anti-shippers the world over? 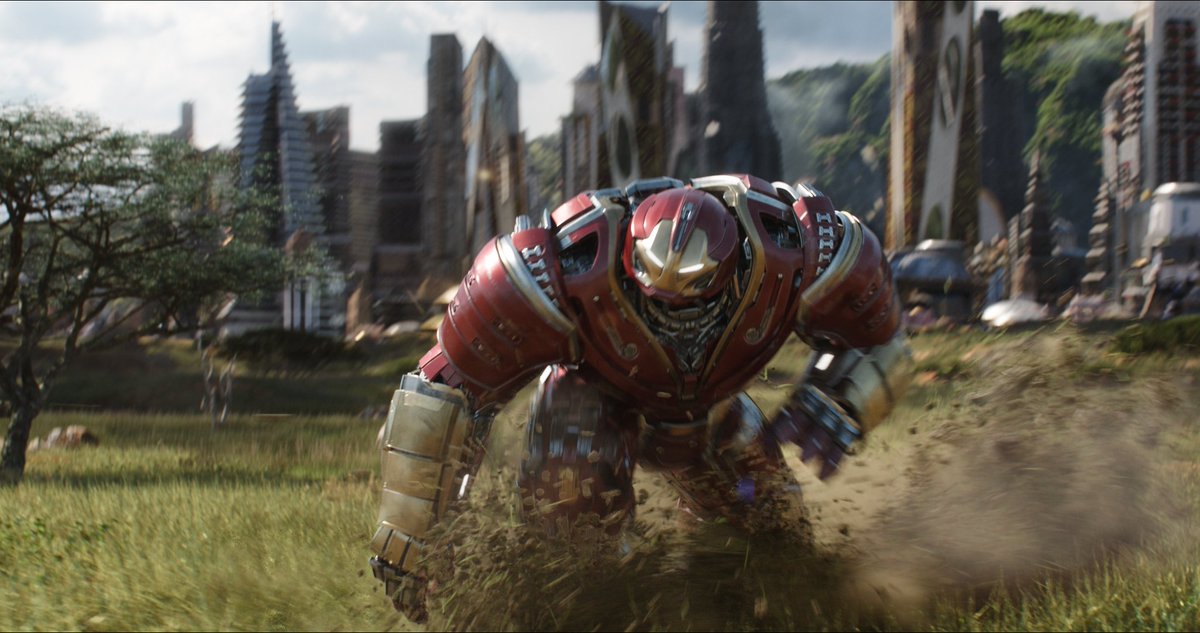 The Hulkbuster Iron Man suit will be brought back out to play in Infinity War… but who is behind the armor? Speculation points to Banner donning the heavy artillery in an attempt to avoid becoming The Hulk again (the image above also seems to support that) but we’ll just have to wait and see. 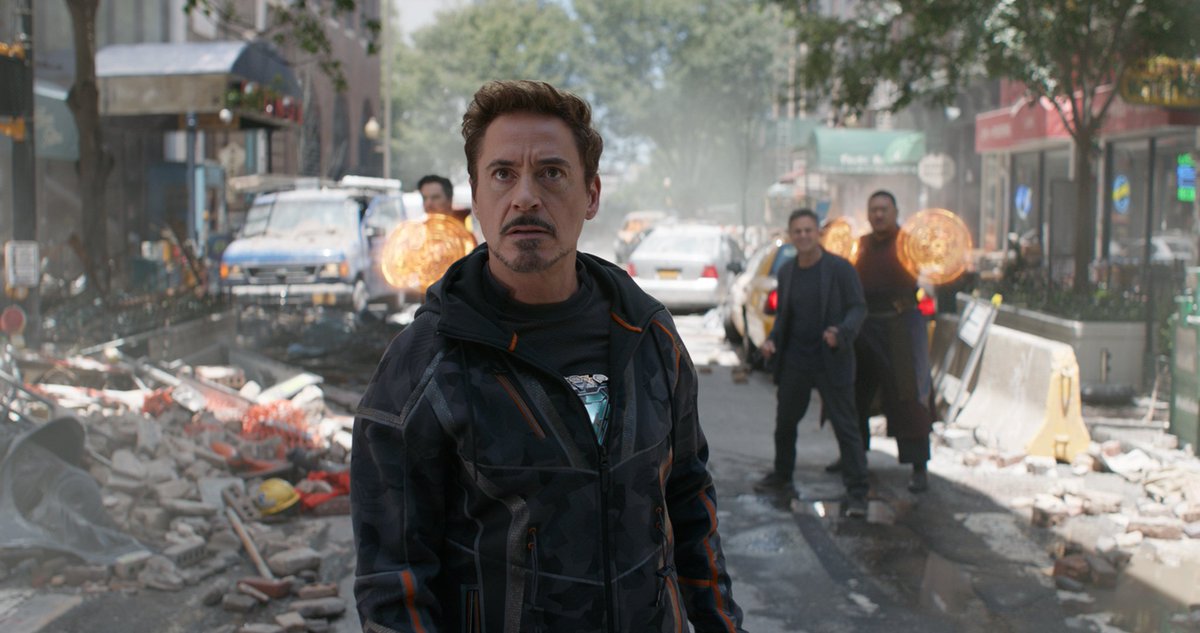 Here we see a very concerned looking Tony Stark (Robert Downey Jr.) spotting something approaching his location as Strange, Banner and Wong look on in the background. Something tells me it’s not the cavalry! .

Get This Man A Shield 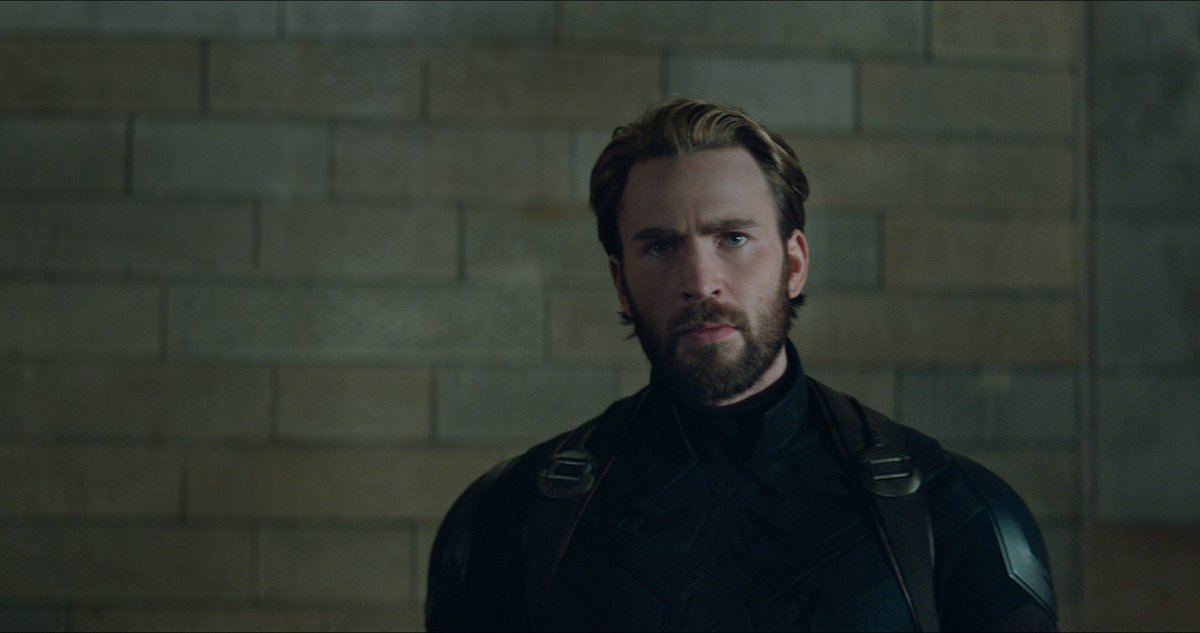 Infinity War will see Steve Rogers (Chris Evans) rejoin his former Avengers teammates, and here we see a bearded hero emerging from the shadows. Will he remain Captain America, or take up the mantle of Nomad? Either way, Thanos and his forces will be sorry to see The Sentinel of Liberty back in action. 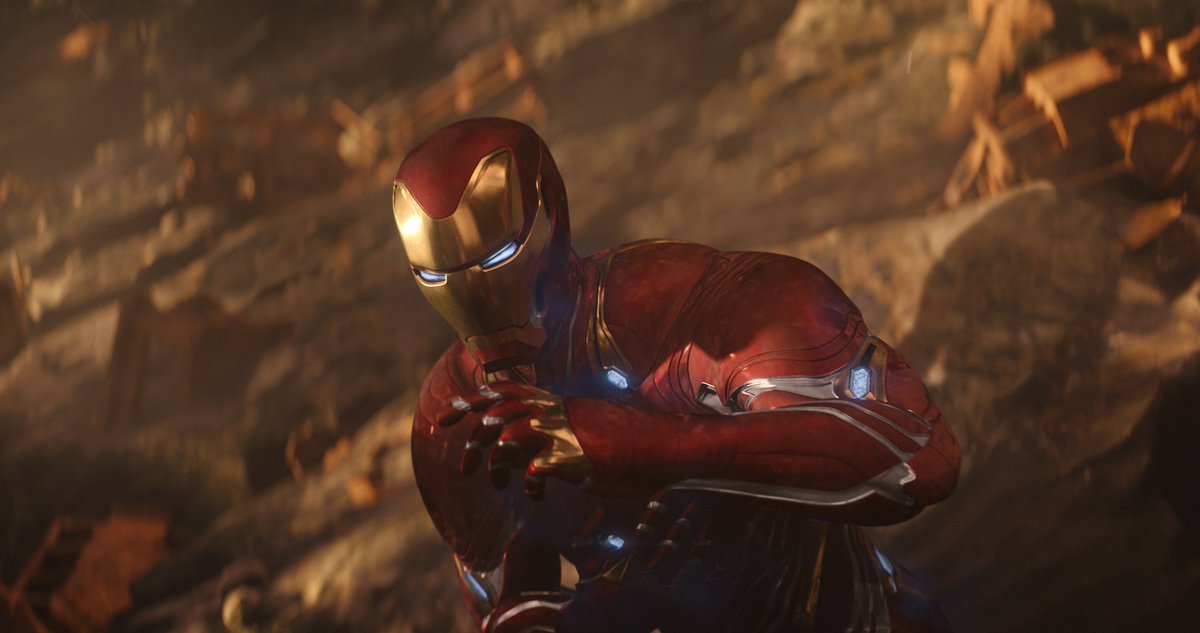 This is the only new(ish) image of the bunch, as we get a slightly different angle of a grounded Iron Man contemplating his options after being swatted aside by Thanos. Stark may be outmatched inutially, but something tell sme he has a trick or two up his metal sleeve. 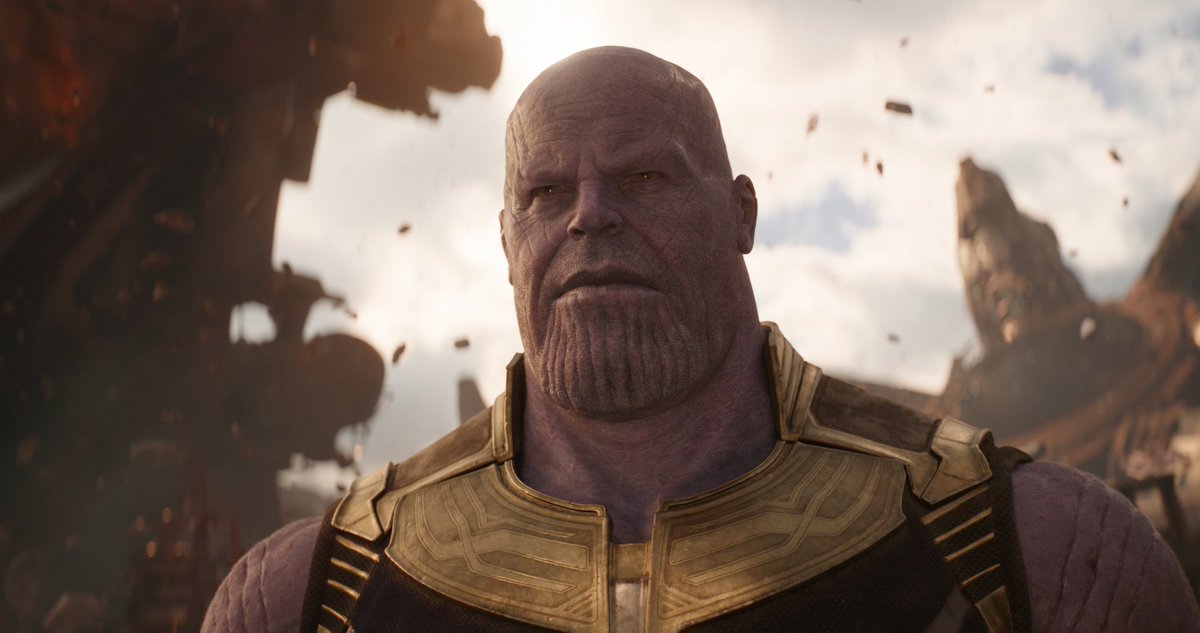 After several brief appearances, we will finally get to see Thanos (Josh Brolin) in action in Avengers: Infinity War. The decision to strip the Mad Titan of his helmet has been met with a mixed response (he does look much better with it), but even in this trailer the CGI used to bring him to life looks to be a significant improvement. 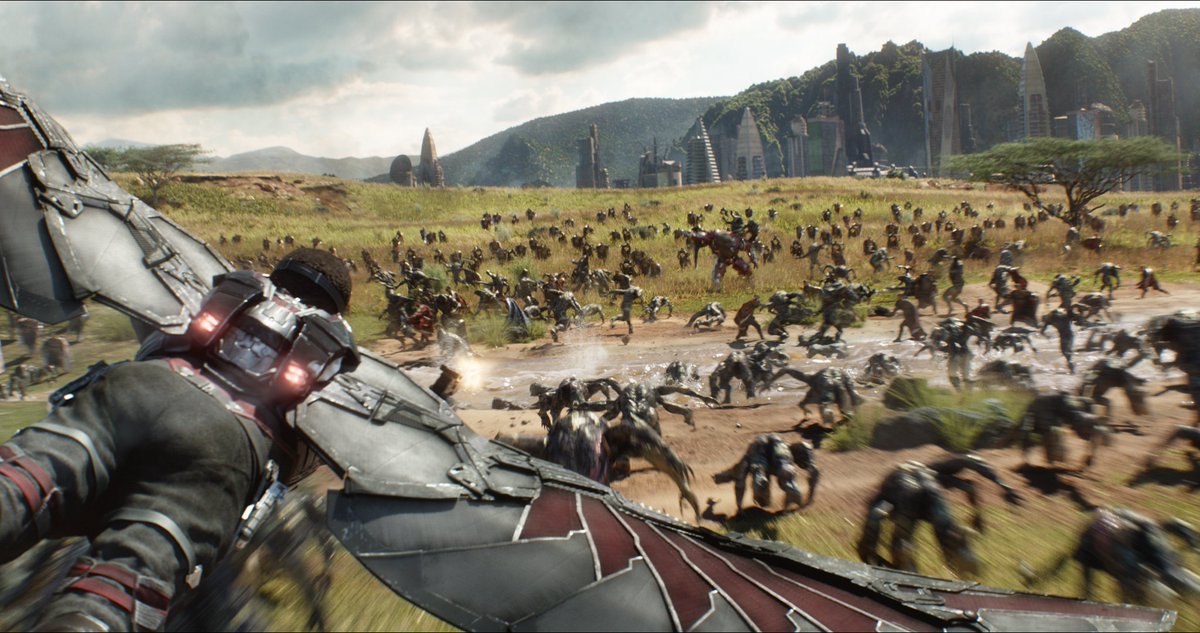 Here we get a sweeping view of the battlefield as Falcon (Anthony Mackie) swoops into action. This shot allows for a more detailed look at what’s going on below, and who is involved. The Hulkbuster is visible, but can you recognise anyone else?

The Fallen King Of Asgard 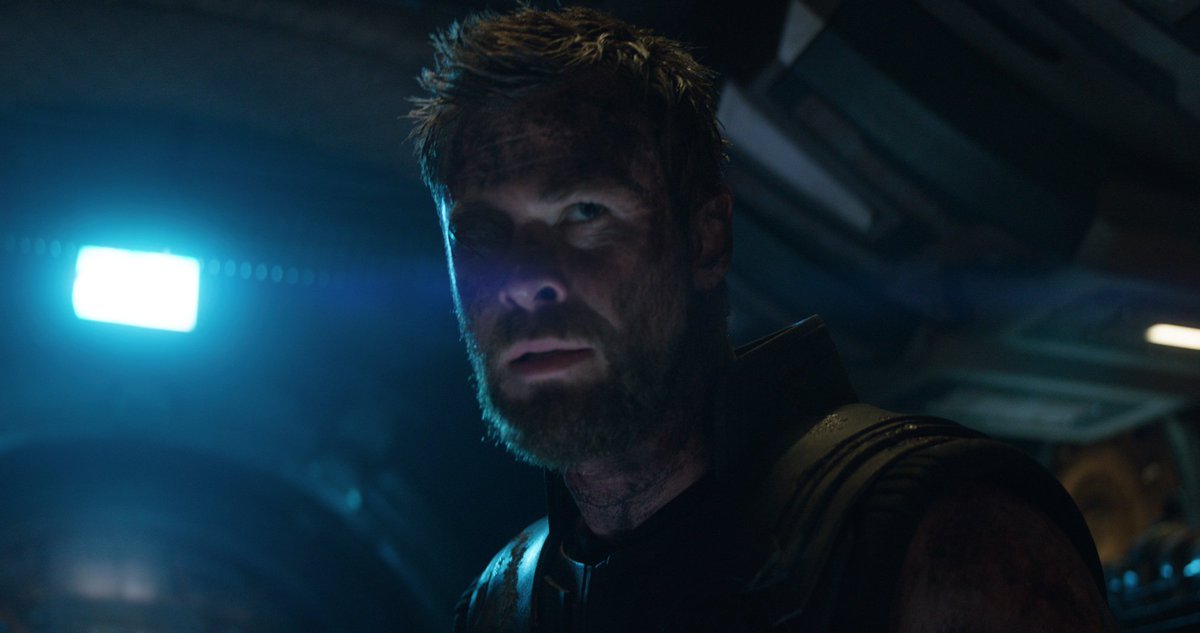 Finally, we have this shot of Thor (Chris Hemsworth) from the very end of the trailer. The God of Thunder encounters the Guardians of the Galaxy for the first time here, most likely after suffering a crushing defeat at the hands of Thanos’ forces. Do you think the newly crowned King of Asgard accompany his new allies to earth, or will this contingent remain in space for the duration?