Review: ‘Mad Families’ – A Waste of Time Movie, Funny But Not Interesting

Review: ‘Mad Families’ – A Waste of Time Movie, Funny But Not Interesting

I just watched this movie of Crackle tv titled Mad Families, very vague and annoying story-line. The movie plot is so faulty, and the story writer didn’t do a good job. It would have been far better if the director adopt ideas from movies that involves families such as, We are the Millers, Why did I get Married, and so on. Yes, the movie is funny, but at the same time, some key things are missing in the plot, that could have made the movie more meaningful. 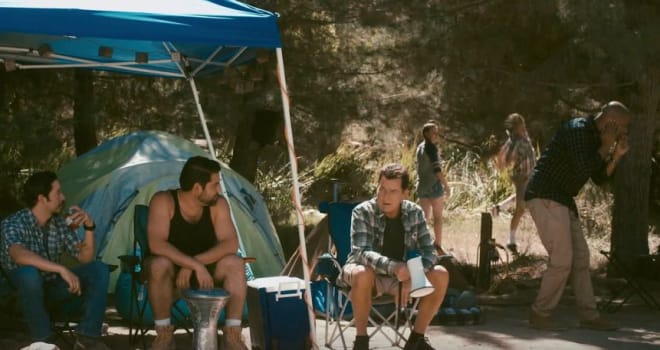 Just to give you a background of the movie– Mad Families centers on 3 families, which includes a Black, Mexican and White. They find themselves sharing the same camping space 16 to celebrate July 4, as the space was allocated to the three families due to their similar last names. They try to live together peacefully, but they eventually decided to take competitions, to determine a winner, who will have the space. After series of contests, they end up realizing they should try live together in peace and unite. Isn’t that vague?

First, the names of the characters and their relationships with each other are not clear enough; we can’t tell who is the uncle, father, and the married ones within the families. There are just bunch of kids in the movie, that we cannot tell who is the father of the black kids and the mother of the Mexican kids. Also, the romance/love part of the movie should have been more pronounced, the romance between the black guy and the Mexican girl should be more epic than that, and there should also be some other romance as well integrated with comedies.

The movie tends to have a good starting but on the long run didn’t turn out well. Finally, at the end of the movie, there wasn’t a clear and strong reason why they changed their mind to live together in peace, the kids just showed up, saying they want to stay and that the families should try and get along. This was too simple, as I already predicted that, there should be something more epic to make them realize they can get along irrespective of their races. As I mentioned before, there should be some kind of weird romance among the families in the movie too.  This would have made the movie an epic, romantic comedy movie.