Pirates of the Caribbean: Dead Men Tell No Tales’ Review

Without saying much and wasting much time, I’ll hit the nail on the head concerning Pirates of the Caribbean: Dead Men Tell No Tales movie. Honestly, the movie is a great movie and of the best action-comedy film I’ve watched so far in 2017. I would say it’s the best pirate film I’ve seen. Jack Sparrow nailed his character as usual with his drunkard style adapted from the popular iconic Asian actor, Jackie Chan in his movie titled ‘Drunken Master’, who seem to be really smart when drunk. 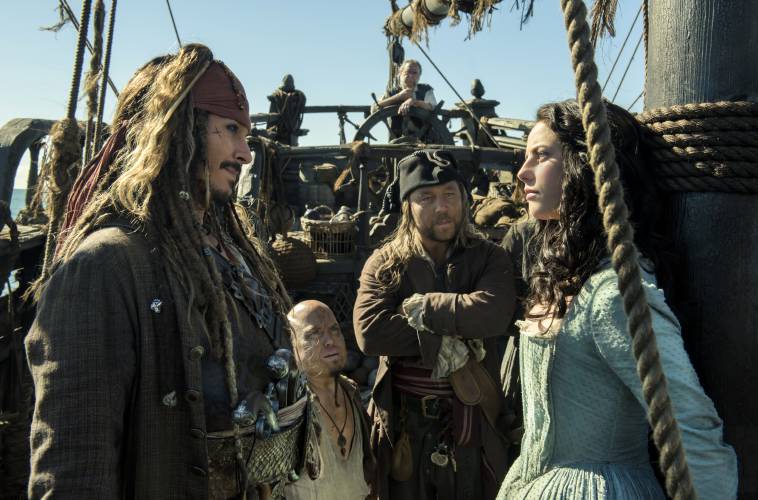 To give you an overview of the movie- Pirates of the Caribbean: Dead Men Tell No Tales centers on Capt. Jack Sparrow, who feels the winds of ill-fortune blowing even more strongly when deadly ghost sailors led by his old nemesis, the evil Capt. Salazar, who escaped from the Devil’s Triangle. Jack’s only hope of survival lies in seeking out the legendary Trident of Poseidon- god of the seas, but to find it, he must unite with a brilliant and beautiful astronomer and a headstrong young man in the British navy named Henry, who also is in the task of braking the curse on his father, who is condemned to the heart of the sea.

The movie’s introduction scene was quite interesting and epic, when the ghost sent Henry a message to Jack that he’s coming for him and to tell him how much he would have loved to tell him the tales of what has happened to him and his men in the heart of the sea but dead men tell no tales. This is one of the best opening scenes I’ve seen in movies. The movie entails comedy, action, love and betrayal. No any dulling moments at all from the beginning to the end. I wouldn’t say much like I mentioned earlier, but I recommend that you try watch the movie if you’ve not, you’ll really enjoy it.

I’m scoring the movie 9.5 because I saw some how some scenes were made in the movie without watching the behind the scenes, this shouldn’t be so, movies are meant to cover the tracks of their makings by all means to make it look real. The scene where the sea divided into two and Jack’s men sent an anchor from the ship into the heart of the sea to rescue jack, Henry and the girl, was obvious that Jack and others were just on one spot as the camera was rolling around without them actually climbing up at some point. This could have been covered by having another camera moving in the vertical direction up and down as the other camera was going horizontally round.  But nevertheless, the movie is a very great movie. Click Download to get the full movie.