Unforgettable centers on a desperate and obsessed woman, Tessa Connover, who is barely coping with the end of her marriage, learns that her ex-husband, David, is now happily engaged to Julia. Trying to settle into her new life, Julia believes she has finally met the man of her dreams, the man who can help her forget her troubled past. Tessa’s jealousy starts to consume her, and all she wanted was to turn Julia’s new paradise into an ultimate nightmare.

Let’s get to know the above mentioned better:

David is a common easygoing man who just only wants to have a happy married life with a responsible woman.  He is focused and serious about his family and dreams.

Tessa is a young woman whose beauty lies on make-ups, she appears to be nice or tries to be nice but her innate violent gene won’t stop expressing itself. She always goes for what she wants and if she can’t get it she prefers to destroy it even if it will cost her life. She is a deadly lover who forced herself into David in the first place by having a kid for him.

Julia is an ambitious easygoing woman who only wants a peaceful serenity in order to refresh herself from her previous violent lover. She just want to be alone with her newly found love, David and live happily forever. This is why she chose to travel outskirt the city just to settle down with her man in peace but unfortunately, for her, David’s ex-wife was a monster.

Tessa’s mother is a liberal woman, who was against all her daughters actions and tried to stop her from her crazy, jealous and deadly acts but she would not listen. 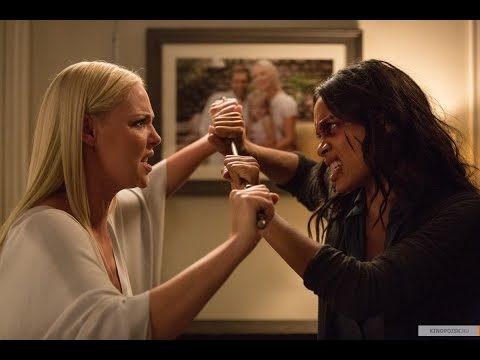 Tessa became extremely violent to the point of killing Julia’s ex while playing her jelousy hack games. She almost killed David whom she claimed she loved as well, knocking him down with an iron rod. She always destroys what she can’t get. She almost killed Julia as well, which they both got into serious combat as all her deeds became revealed to David during a visit as she was trying to get rid of some traces of evidence that would send her to jail. During her battle with Julia, she stabbed herself as Julia already deformed her face with marks. These marks got her furious to the point of stabbing herself. Following the death of Tessa, her mother seem to pick up were she stopped- she visited David, and as she was trying to reveal her presumed dead motive, the movie ended.

The movie story line is averagely interesting as the action scenes were only towards the end of the movie. The first half of the movie seem to be a little dull and boring but not too bad. The relationship of Julia and ex husband was poorly represented, as viewer will only assume what it should be in order to make sense out of the movie. It was only portrayed with annoying flash backs, there should be one or two scenes in the beginning of the movie, which shows Julia and her ex in order to have a true idea of what her past life was. The flash backs in the movie appears like Julia had something terrible hidden, of which her past was not her fault, and it is not something bad to tell David, her new husband in the first place. But Tessa began to use this as a tool to torture Julia (that idea in the movie is a bit poor and vague). 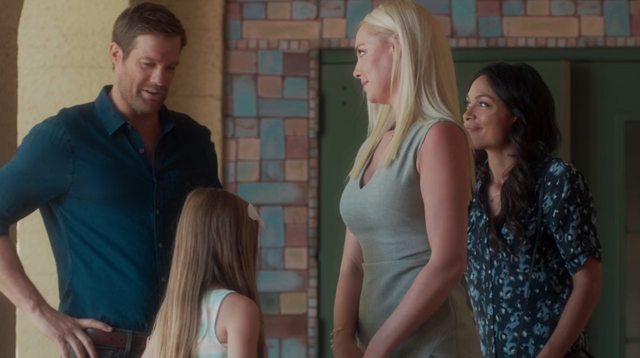 Also, the excuse of Tessa in always visiting David and Julia in their home was to see her daughter, Lilly, which she bore for David. David can actually let Lilly leave with Tessa and be the one to always checking up on her in order to have peace with his new woman, Julia. But David didn’t consider this at all, which is a bit strange for a man not to think about all possibilities to of having peace in his home. I would say the way David handled the issue was unrealistic and annoying, looks like a storybook and not a movie. Also, the right Julia had over the kid was more than Tessa’s, who is the mother of the kid, and there was no explanation for that, such as court order or some kind of previous occurrence why Tessa had just little right over her kid.

Another question is why is it that David and Julia never for once locked their main entrance door even as they began to experience strange things in the house due to anybody coming in at any time. The whole drama became worse when Tessa infiltrated Julia’s bedroom to steal her jewelleries and under wear to implicate her. In reality when something strange is suspected in the house, the first thing is to always secure your door and all possible entrance.

Overall, Unforgettable is an averagely intersting movie,which is not as interesting as i expected.