Vin Diesel has gone online to responded to comments that Fast & Furious 9 film release is being delayed probably because Dwayne Johnson has focused on making a new franchise spinoff co-starring Jason Statham. In a recent Facebook post in his private jet, Vin with his Fast & Furious co-star Ludacris,  called on everyone to keep low and maintain peace concerning the postponement of Fast & Furious 9 film:

Keep it all positive out there. We love everybody. We’re so proud of the Fast franchise and the fans. 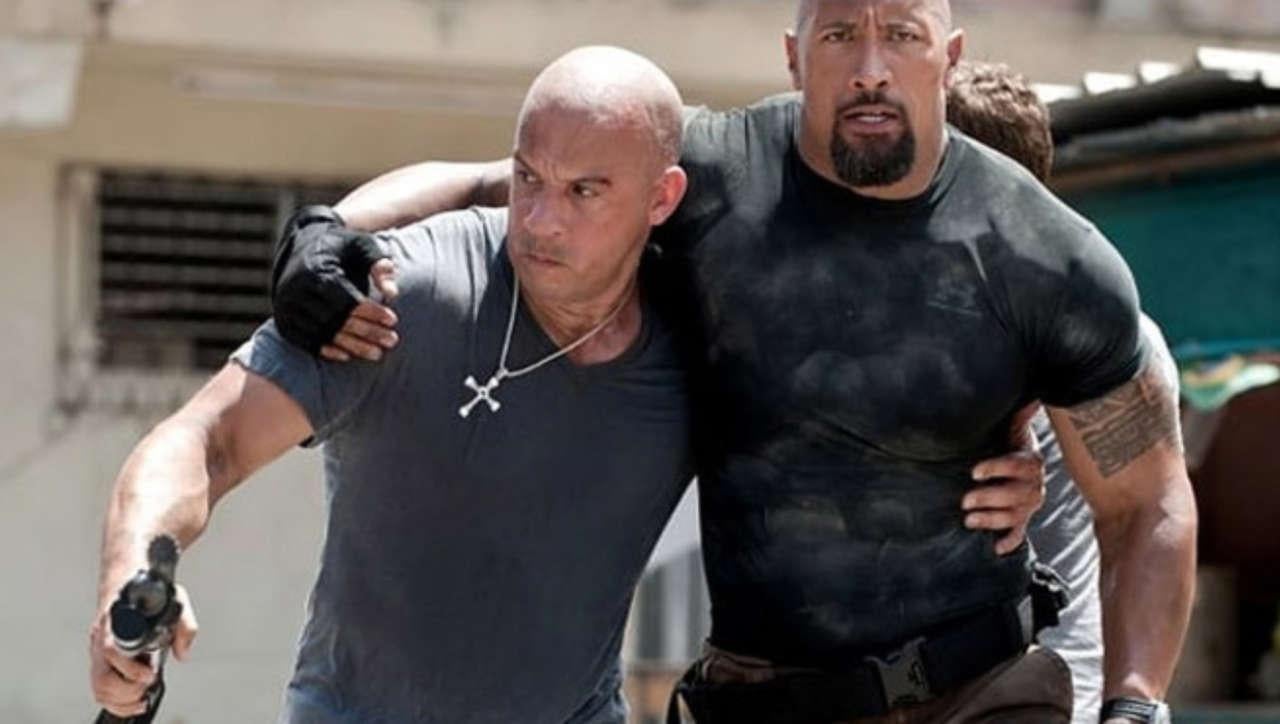 Brotherhood… and all it’s complexities. This scene was filmed in Puerto Rico, I can remember it like it was yesterday. Such a beautiful island, the people were so warm and welcoming. I turned 43 that summer… and my son Vincent was born. A woman named Jan Kelly responded to a question I had asked on Facebook, ‘who they would like to see me work with?’ She said would love to see me work with Dwayne… I listened to her request and he became Hobbs. I know there has been a lot of speculation as to why the Fast 9 release date was pushed… but it would be unfair to say it is anyone’s fault. As we plot the course to expand the Fast & Furious universe, one must be mindful to take stock of the roads we took to get here. The pillars of authenticity, family and most importantly, our loyal fan’s perspective has been instrumental in procuring success. However, like any vehicle that has run around the globe 8 times, the franchise is in need of maintenance. My good friend and the godfather of Universal, Ron Meyer has granted me the time to do just that. We have some very exciting news to share soon… stay tuned. Yours truly, Dom #FamilyAlways