Zack Snyder has announced a “brand new Caped Crusader in Batman v Superman: Dawn of Justice“ stating who the Batman ever is to celebrate Batman’s Day.  See his best Batman ever below. 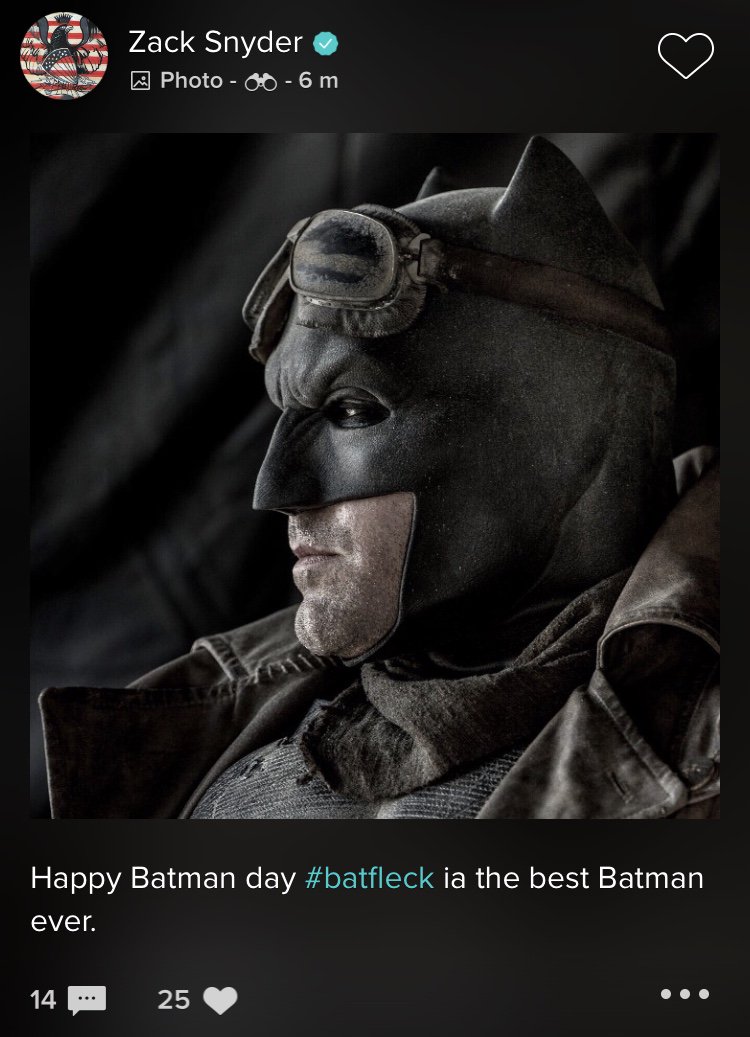 Ben Affleck is indeed the best Batman in terms of his action and attitude in Batman v Superman: Dawn of Justice. His body physique and charisma has also made him the best so far playing the role of Batman. After Ben Affleck, i will say that Christian Bale’s Batman in Dark Knight Rises is the second best batman so far. He nailed the role perfectly with the perfect attitude and enthusiasm. What do you think about this rating? Comment your views below.