Dwayne Johnson ‘The Rock’ Might Be America’s Next President

During an interview with GQ, former heavy weight wrestler, Dwayne Johnson ‘The Rock’ stated that he is seriously considering the idea of becoming the US President- when asked if he might one day put his movie career aside for USA’s white house. Johnson replied, “I think that it’s a real possibility.”  However, Johnson posted something similar last summer on Instagram. I think The Rock will make a good President also, looking at his kind of person. What is your own take on this? 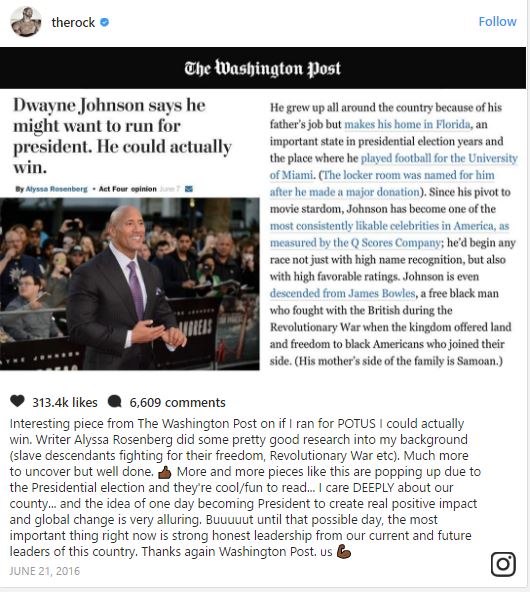